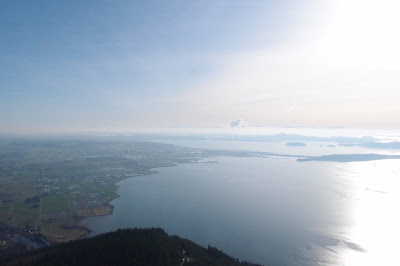 The March 9th Samish Overlook (Blanchard) work party involved trail work and clean up and maintenance of the Overlook parking areas and launches.  Back country equestrian and paragliders and hang gliders attended and at least one volunteer who does both riding and flying.

After the work party the winds were light southwest and west and the sun was out.  Many people had multiple flights and a few had extended thermal flights.  Even exploring as far as the bat caves to the north and east.   A couple of tandems for non-flying volunteers were also given by Jesse Williams and the local eagles were out to share the thermals.